Natasha began with a first class degree in printmaking at Manchester. She studied printmaking and anatomy in the Venice Accademia and completed her MA in printmaking in Camberwell in London in 2000, winning the London Printmaking Prize the same year.

Her work can be found in a number of important international private and public collections and has been shown at the National Geographical Society, Science Museum, Institute of Neurology and even the VIP Lounge at Heathrow. Natasha has also had exhibitions in London, New York, Dubai and Hong Kong. More recently Natasha was commissioned by the New Soho House to create artworks to hang in their exciting and prestigeous new venue in Mumbai.

It was with great pleasure that The Stratford Gallery held her solo show "Essence of India" in September 2017. 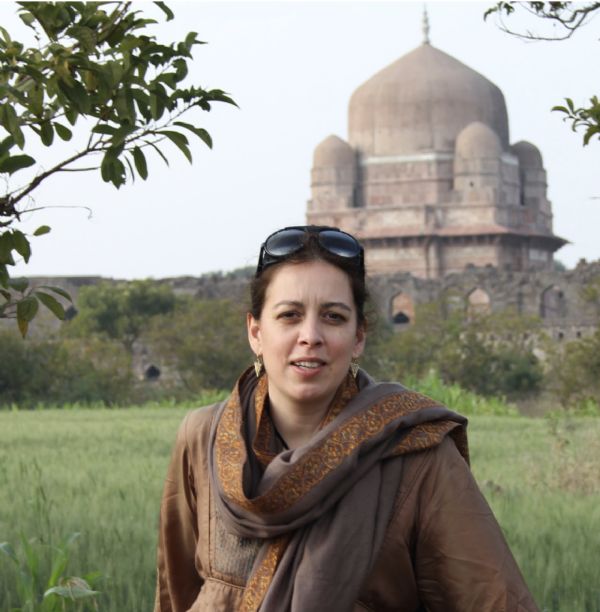 Art and India are in Natasha's genes. On her mother's English side she comes from a line of established artists: her father's Indian heritage she traces back to Kashmir and Afghanistan via stories of partition and lost family gold.

She has made her own name as an artist from the age of 17, when, earning a place by right in the Royal Academy Summer Exhibition she found her etchings hanging on the same wall as paintings by her grandfather and uncle.
Since then she has spent her entire career developing her techniques to produce work that distils the quintessential essence of her inspiration, the cultural wonder of India. Natasha has exhibited in Europe, America, Canada and India. A noticable recipient of of Natasha's work being His Holiness the Dalai Lama after Natasha was asked to participate in a non political delegation to his Holiness in 2018. Additionally Natasha was awarded the RISE Art prize in 2018 for hand printed works with her work being personally selected and judged by Internationally acclaimed artist, writer and print maker Harland Miller.

Etching and Monoprint with Screenprint and 22 carat moon gold leaf

Etching, Monoprint and SCreenprint on paper with 22 carat gold leaf 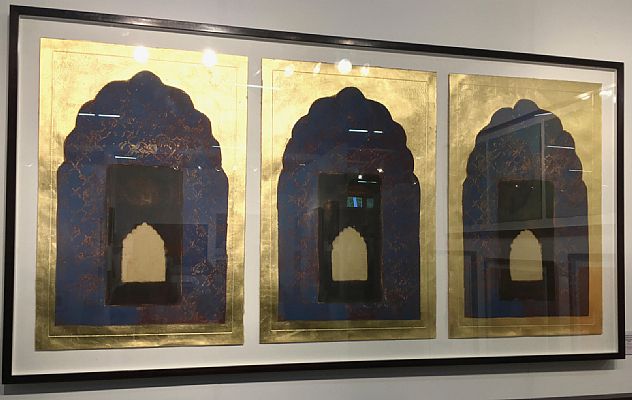 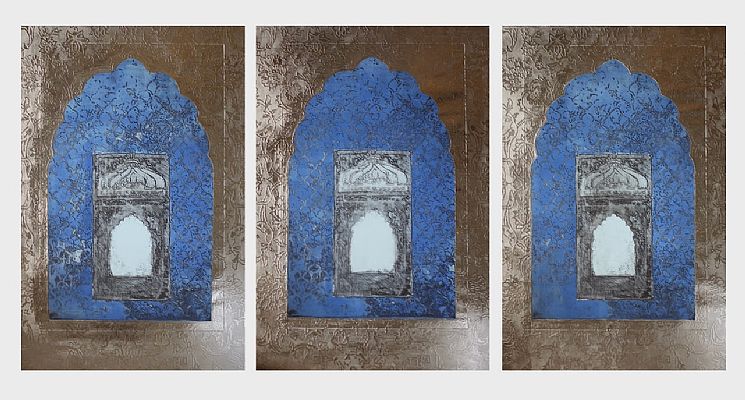 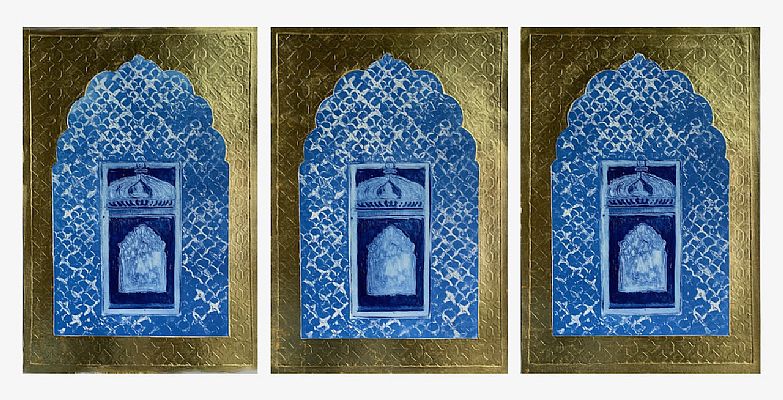 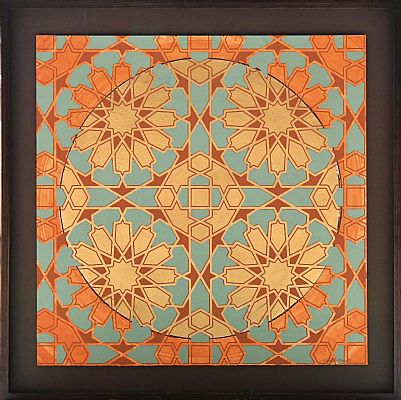 Etching, monoprint and screenprint on Paper with 22 carat gold leaf 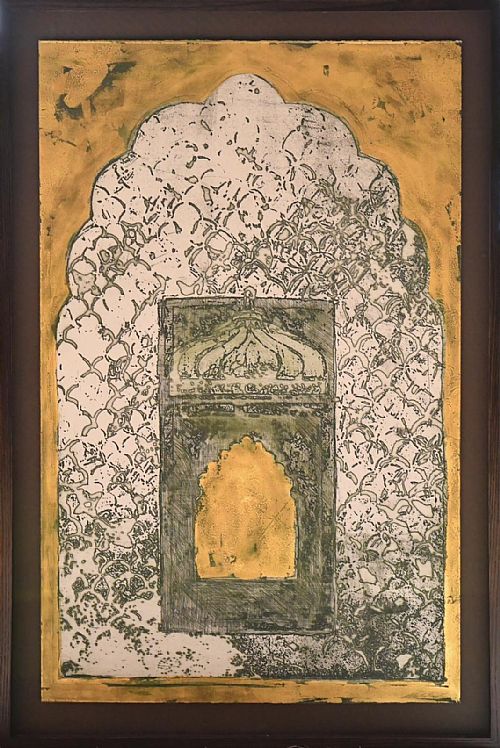 Etching and monoprint on paper with 22 carat gold leaf 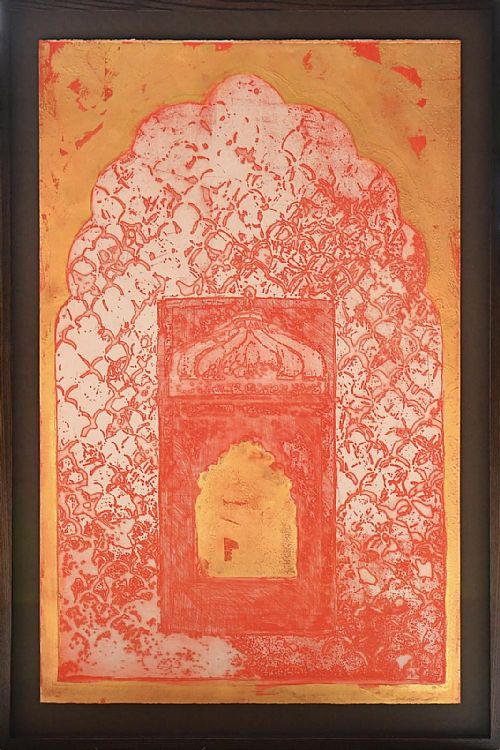 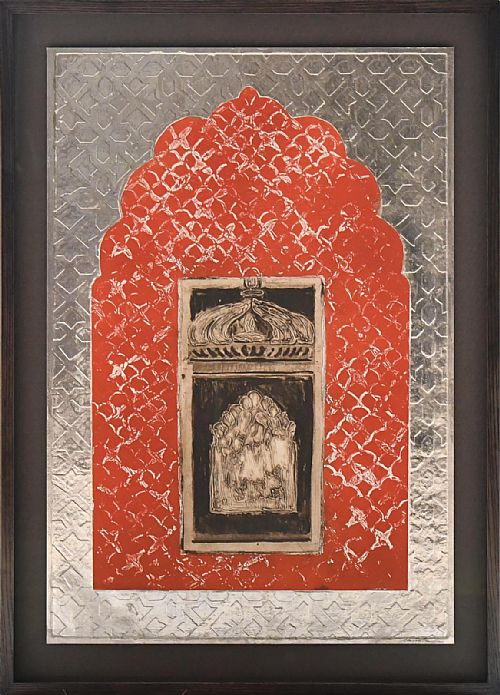 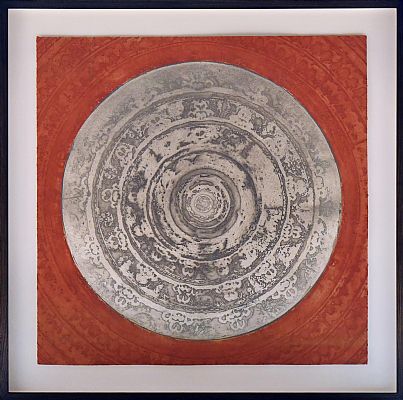 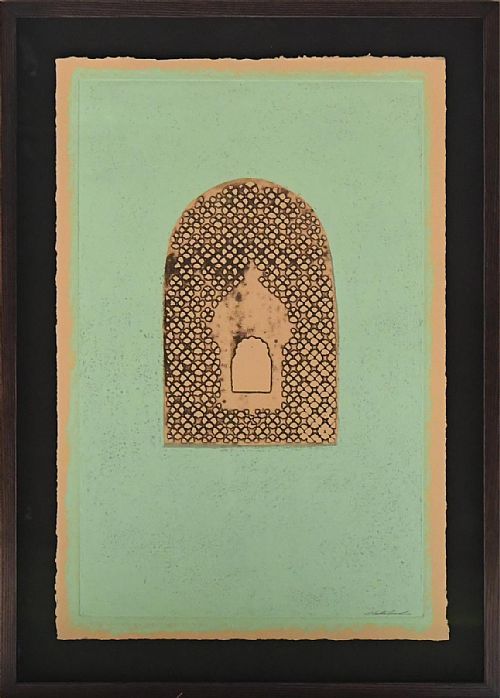