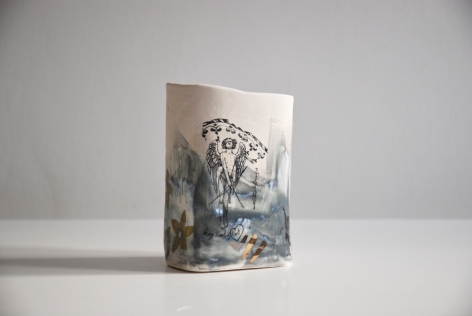 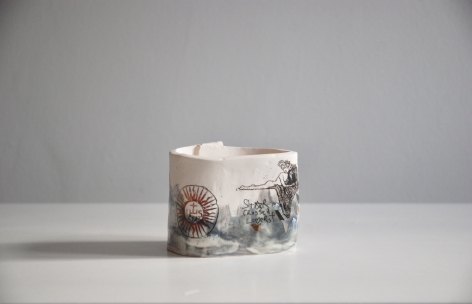 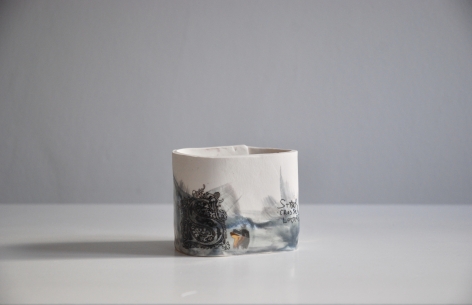 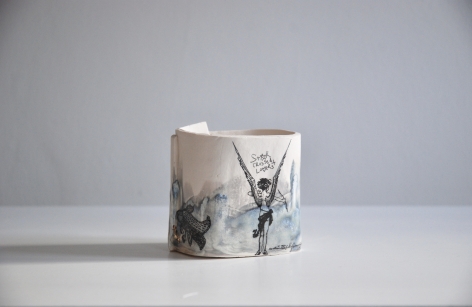 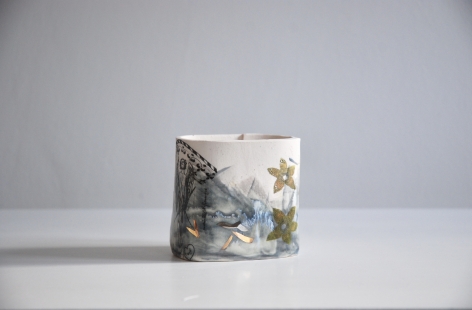 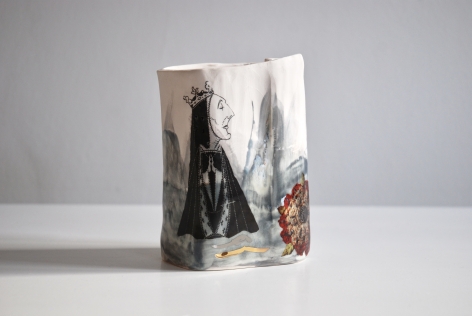 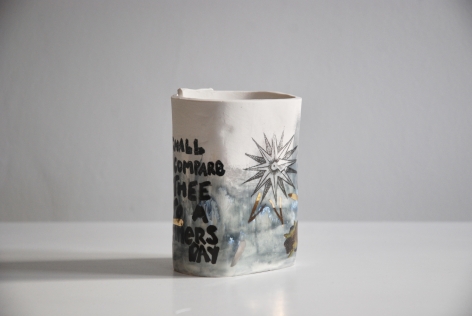 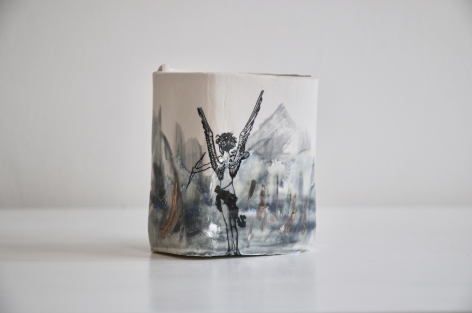 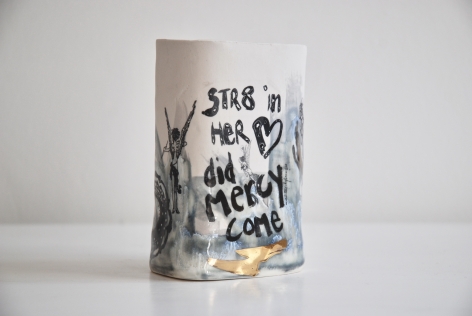 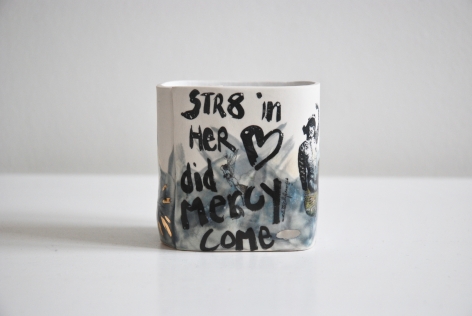 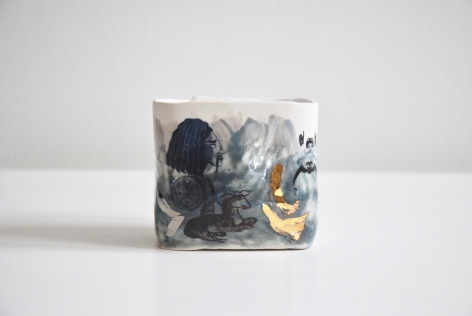 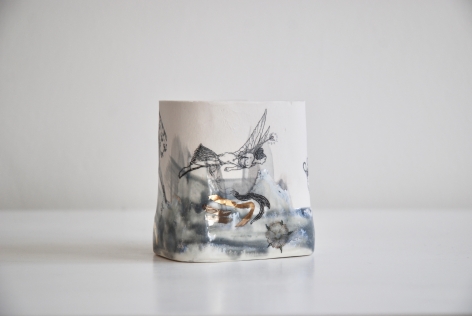 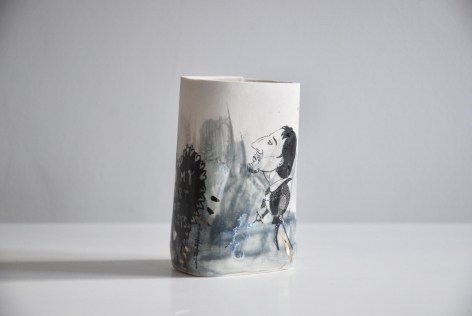 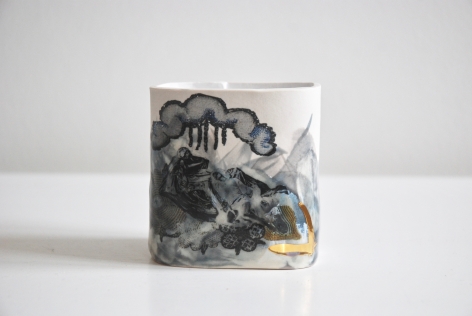 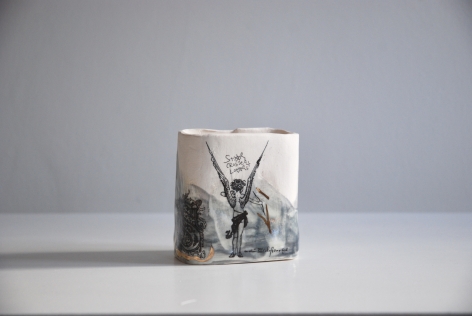 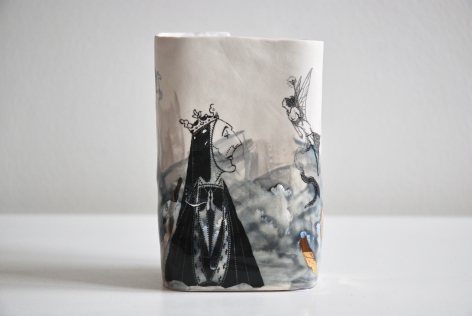 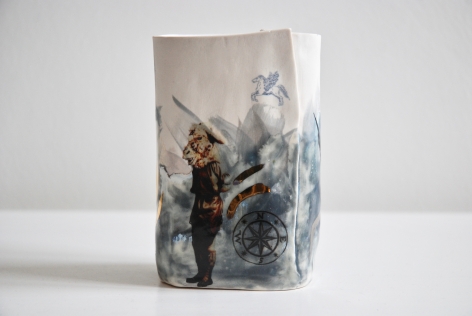 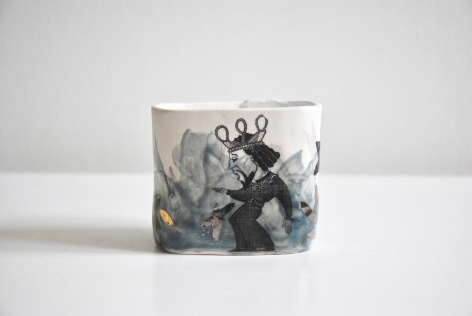 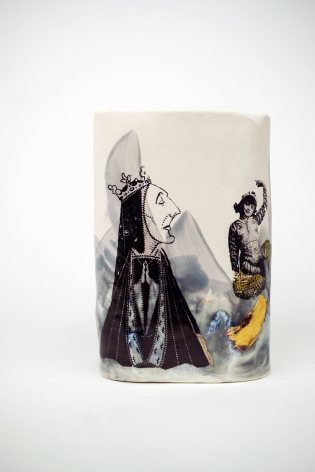 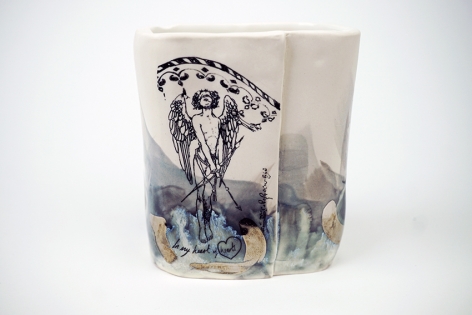 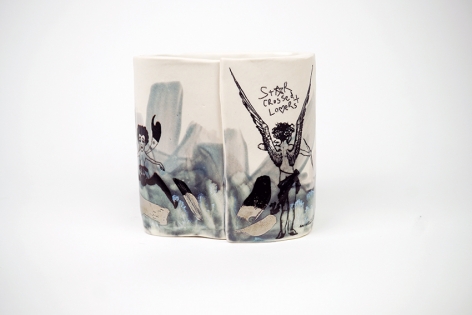 One of the UK's leading creative talents in the areas of curating, textile artist, mentor and art director, Lee Lapthorne has been selected as the new artist in residence at the Shakespeare Birthplace Trust here in Stratford upon Avon, where he has created two unique sofas for the Trust.  'The Bard's Rest' is currently being shown at Hall's Croft, and 'The Love Settle' can be enjoyed in the gardens of Anne Hathaway's cottage.   The Stratford Gallery is absolutely delighted to be showing Lee's first hand built works in porcelain, reflecting the works of Shakespeare, as part of his cultural engagement with the town.

Lee's success stems from his unprecedented drive and unique approach to his art. Effortlessly shifting energy from working in partnership with brands and clients creating a backdrop and a concept from which to showcase their work, to his pivotal role leading the team at On|Off, on the search for the next big thing. This is all really second nature to Lapthorne.

Through the years Lee Lapthorne has collaborated with talents such as Rankin, Groove Armada, and most recently, Haris Nukem, as well as producing over 300 shows globally for the likes of Peter Pilotto, J.W. Anderson, Roksanda Ilincic, Gareth Pugh and Gucci, among many more.

1998        Lee Lapthorne completes his MA in textiles awarded with a distinction.

2009    Awarded the Exhibition Feature Area of the Year by the AEO Awards (Association of Event Organisers) for the Clothes Show Live.

2010        Launches his self-named fashion accessories range, which is already         popular with celebrities such as Jessie J and Paloma Faith since its         exclusive launch with Harvey Nichols.

2012        Lapthorne and On|Off celebrate the career of Zandra Rhodes, during

2014    On top of running two businesses, Lapthorne is selected as a visiting lecturer at the London College of Fashion, The University of the Creative Arts and Birmingham City University.

2015        Lee is a judge and panelist for the International Fashion Showcase         during London Fashion Week alongside Sarah Mower for the British         Fashion Council and British Council, advisor for Istanbul’s Incube             Designer Programme.

2015        Lee is appointed Practitioner in Residence for the Media School at         London College of Communications.

2015        Lapthorne commissions Rankin to produce a preview of forthcoming         collections at On|Off.  Resulting images adorn the pages of Vogue,

the On|Off Presents runway format.  This was live streamed via Dazed Digital side by side with the live event. Lee also launches On|Off Tomorrows Talent to support international MA graduates

Bip also stars in the On|Off Presents show, with event being             broadcast live across Dazed Digital, as well as NOW Fashion,

“Lapthorne’s talent for realising potential “next big things” in fashion is always spot on.” Wonderland Magazine

“On|Off provides an excellent platform and support structure for young designers through its showcasing during London Fashion Week” Boris Johnson, Mayor of London