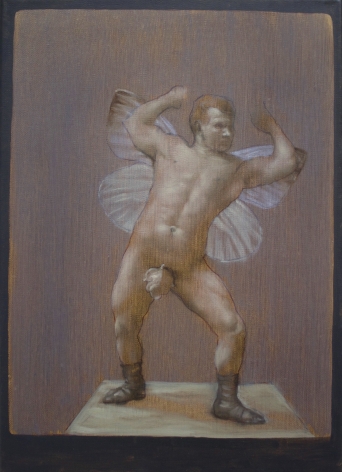 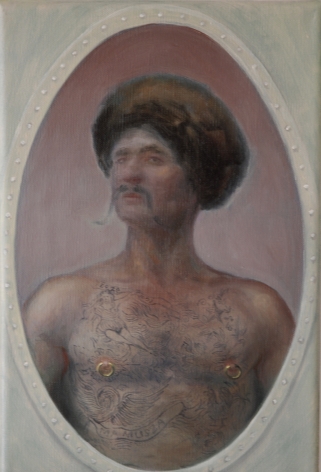 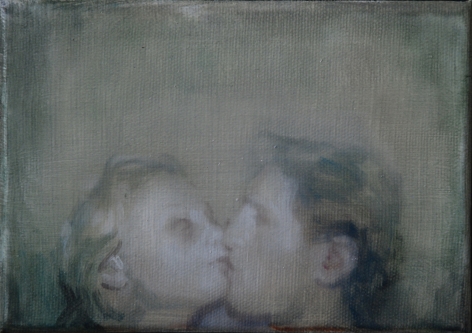 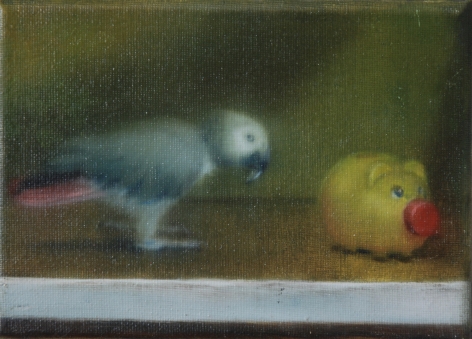 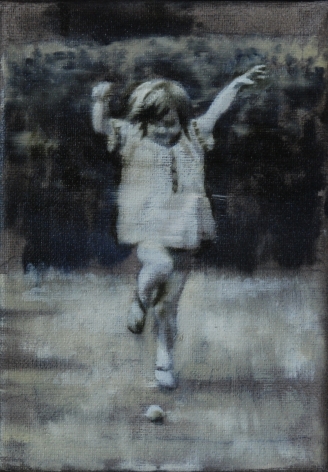 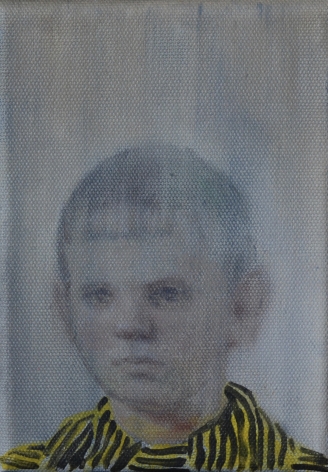 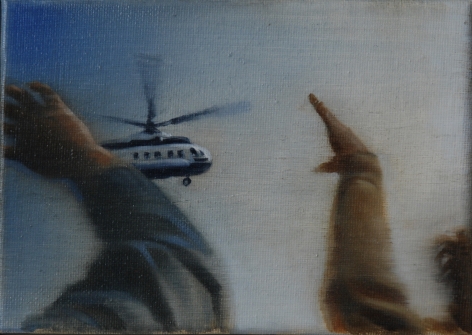 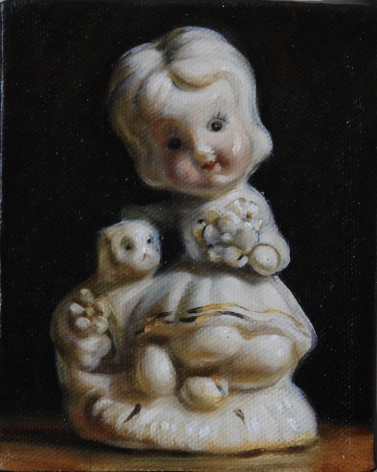 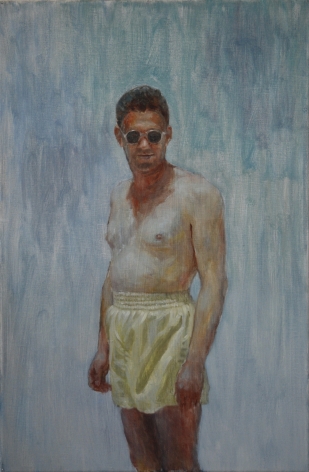 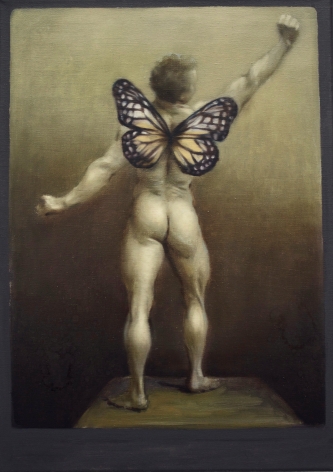 Angela works on a variety of ideas at any time which cross influence and inform each other, moving between themes and scales, working from photographs that she collages and manipulates on the computer.

Angela is interested in kitsch and ideas of cultural status as portrayed in the history of Fine Art painting, status symbols exemplified by Stubbs' horses. She use cheap ornaments and imperfect snapshots, repositioning these items within the context of the "Fine Art" world, painting them in oils, converting cheap items to visions of worth and value. Making use of kitsch is not the same as making kitsch. By subverting cliches and removing them from their original disposable status glorifies and immortalises the subject and at the same time can render it disturbing in its absurdity.

The ornaments that Angela uses are bought cheaply from charity shops and car boot sales, never for more than a couple of pounds. She searches for the pathos or sentimentality within an ornament, finding intrinsic value and worth within discarded and unvalued objects, plus something a little off-key. The ornaments have their own mystery and narrative. Who made it and for whom? Did the creator believe in its artistic value? Who originally bought it? Who threw it out to be finally valued for so little? A history of taste is contained within these little ornaments.

Also related to these concerns with "throwaways" is the more recent work with old photographs bought cheaply from anonymous sources on Ebay - the faded, blurred, damaged and indistinct ones. These can have beautiful unplanned qualities. Painting these images renders them, and the unknown people within them, universal and eternal.

Angela's recent work with the butterfly men was brought about by disgust at the macho posturing of some of out current world leaders. This coincided with the finding of some old photographs of body builders. The addition of the wings neutralises the original intention of the pose.